All about the Goldfinch

From the family of Finches or Fringillidae, the term Carduelis carduelis is derived from the Latin for thistle (Carduus).

Common throughout the UK, apart from extreme highland areas, and most abundant in southern counties, the Goldfinch can be seen in places abundant with thistle, teasel and other seed-bearing plants. Known famously for its colourful red and yellow plumage, the Goldfinch is a somewhat cultural fascination, having been featured prominently in art and literature throughout the centuries. With a tendency to group together, these sociable birds will often flock in large numbers and feed at a suitable niger seed feeder.

Goldfinches are classified as Green i.e. Least Concern, and number in the 100s of thousands. According to RSPB research, there are around 313,000 breeding pairs in the UK, and there has been a large increase in Goldfinches visiting bird tables over the past few years, mainly due to the increase and availability of supplemental food in gardens.

Goldfinches have a penchant for warmer climates, and therefore, depending on the severity of the winter in the UK, a large proportion of the UK population may migrate as far south as Spain.

Prior to mating, Goldfinches have a somewhat unique display in which they sway from side-to-side, with wings drooped downwards, while singing their characteristic mating song.

Goldfinch breeding begins in late April and most pairs will attempt two broods, sometimes three, in a given year. Each clutch consists of approximately 3 – 7 chicks whose incubation period lasts between 10 – 14 days, ultimately leading to a fledge period of between 13 – 18 days.

Juvenile Goldfinches are a dull grey colour after hatching and only develop their bright yellow and red plumage after the first moult.

“The best time to feed Goldfinches is during the late spring period.”

The Goldfinch has a beautiful, silken song which twitters along with distinctive liquid tones. This is often accompanied by the rocking motion, which is used for attracting mates. It is mainly for these reasons that Victorian Britons kept Goldfinches as cage birds in their homes.

The Goldfinch in culture and religion

During the Renaissance, the Goldfinch became associated with various theological symbols, the most significant of which is the Passion of Christ, which of course relates to thistle and thorns.

According to the legend, a Goldfinch flew over Christ’s head and was distressed by the thorns, which the bird attempted to pluck off. As the bird was plucking the thorns, some of Jesus’s blood dripped onto the bird, creating the distinctive red patch of feathers on its head.

This association has influenced various artistic interpretations of the Madonna and the Child, as in the painting displayed here by Raphael (Madonna of the Goldfinch, circa 1505 – 1506) in which John the Baptiste holds the Goldfinch, Christ the child reaches out to touch it, and Mary sits behind in striking blue (the church) and red (the passion) clothes. The Goldfinch was also used as the title for the Pulitzer Prize-winning book, The Goldfinch, by Donna Tartt, in which a boy, Theodore Decker, survives a terrorist attack at an art museum and becomes fixated on a Carel Fabritius painting of a Goldfinch. 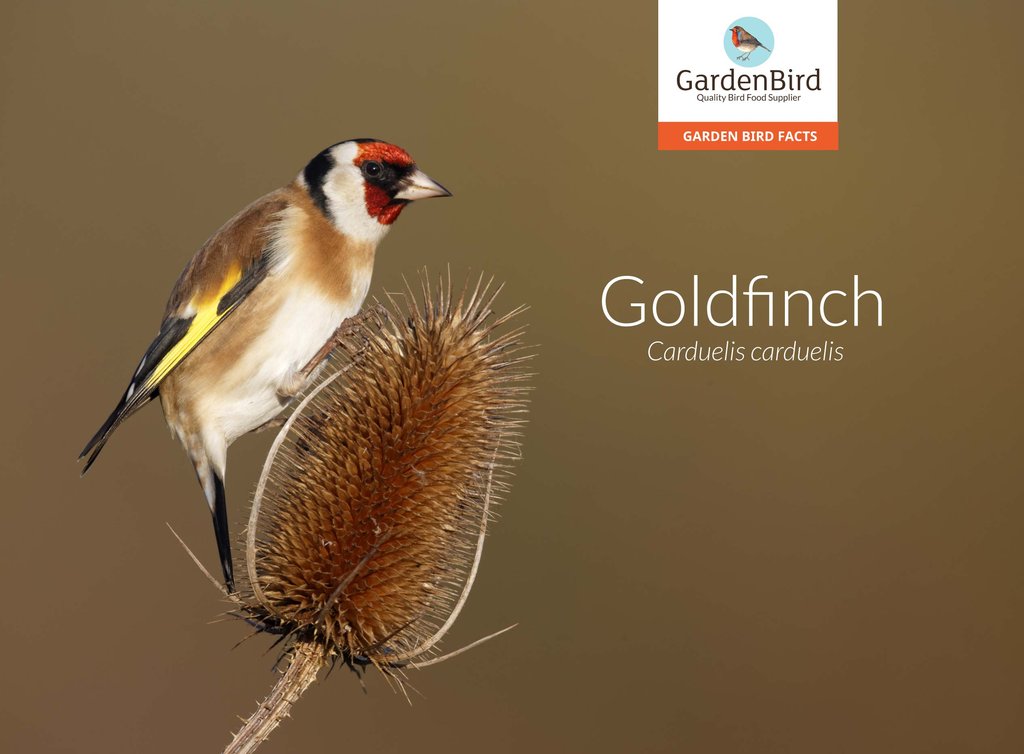 Niger Seed, often referred to as thistle, is a tiny, black, oil-rich seed which is very similar to the seed of the teasel or thistle.

Attract some of the UK’s most colourful garden birds to your garden with this Classic Niger Seed Feeder. Available in two sizes, our Premium Seed Feeders are designed to last with their strong, durable metal features.