Save onBird Food
All about the Bullfinch

A captivating bird, the Bullfinch is one of the more memorable species of Fringillidae resident in the UK. Its appearance, once observed, is clear with its pinkish-orange underside, which is more characteristic among males than females, whose plumage is more of a uniform brown colour with only the slightest hint of pink; although, it’s important to note that both males and females feature very similar wing tails and general markings. One of the most prominent features of the Bullfinch is its bill. This stubby yet powerful looking apparatus has adapted specially for eating the buds of seeds, and it’s one of the reasons for the “bull” in Bullfinch, which is apparently used because of the bird’s front-heavy, bull-like appearance: the short, curved beak helps give the bird is famous shape. The Latinate taxonomy Pyrrhula pyrrhula is derived from the Greek word Purrhoulas, which means “worm eating bird”.

Similar to the Great spotted woodpecker, the Bullfinch has an incredibly large range, stretching from Ireland, through northern Europe, all the way to Japan. There is a simple key difference between our UK variants and those from further north: size and weight. Observe a Scandinavian Bullfinch and you’ll notice it is much larger than one from the UK.

Being a shy type of bird, the Bullfinch is certainly not one to venture out into the garden and feed on a feeder; don’t expect to see them frequently visiting your garden if it is a bustling place. Bullfinches prefer quietude and protection among hedges and dense broad-leaved trees. Along with its shy nature, the Bullfinch call is relatively soft and muted, which is expressed by a melancholy, sombre “pew, pew” sound; quite indistinct, it is hard to hear, especially since it is sometimes difficult to get close to a Bullfinch. 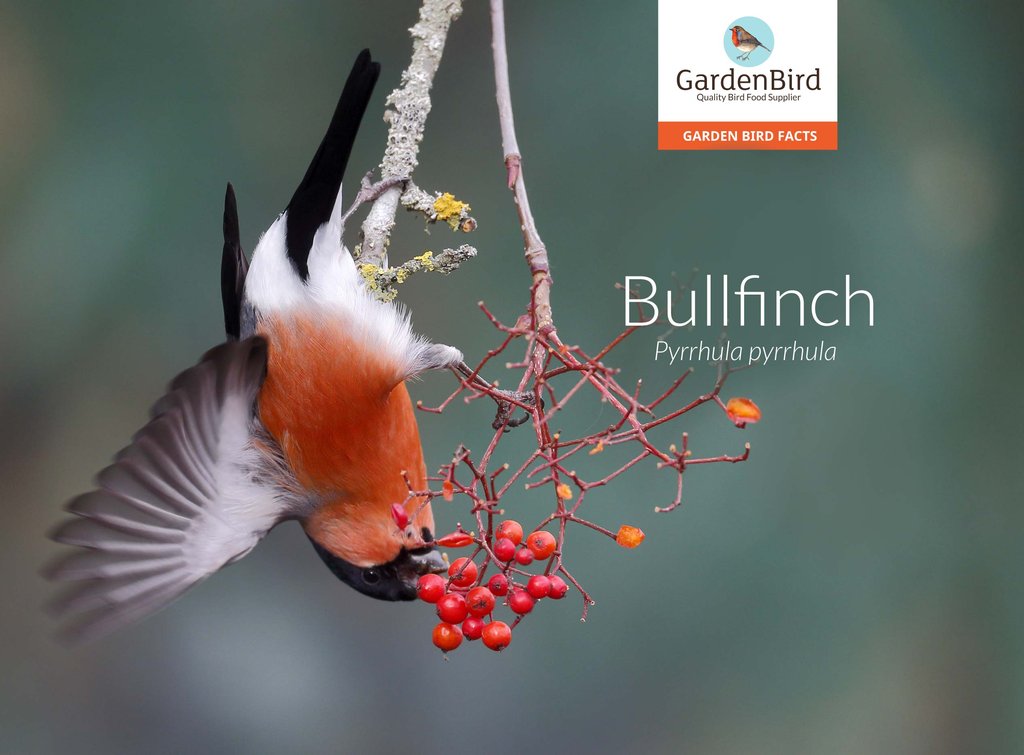 Try this food for your Bullfinches… These juicy wild bird raisins are a popular food for fruit loving wild garden birds and can even have some birds eating out of your hand!