Save onBird Food
All about the Coal tit

The Coal tit, or as it was once called by Linnaeus in his famous work of classification, Systema Naturae, Paus capite nigro: vertice albo, dorse cinereo, pectore albo (meaning “Black-headed titmouse with white nape, ash-grey back, white breast”), is the smallest British Tit. This somewhat lengthy name proved too much of a mouthful for most people, and so it was eventually changed to the much easier Periparus ater. Using a blend of Ancient Greek, Peri, the pre-existing genus, Parus, and the Latin, Ater, which means “dull-black”, gives the bird is most modern taxonomic iteration.

Coal tits are widespread globally, occupying an area that stretches from the UK all the way to northern and southern Asia, with some parts of northern Africa also. They have a preference for coniferous woodland, being keen on confer woodland in particular, and they can frequently be seen in parks and gardens taking to feeders quite naturally.

Coal tits are some of the less fussy eaters among visiting garden birds. Their diet is varied and diverse, including most common bird foods such as wild bird peanuts, suet fat balls, seed mixes and mealworms. Often they will take to scraps if these are presented in the garden.

Coal tits have a curious bit of behaviour; look closely and you may notice them nesting deep within rotting tree stumps, or perhaps other holes, cracks and crevices such as burrows of mice or old Magpie nests. They commonly use materials such as moss, hair and grass; most breeding begins in March to April, with around seven to eleven red-spotted white eggs being laid in May.

a group of tits are collectively known as a “banditry” or “dissimulation”.

The Coal tit has the curious distinction of having the greatest number of bird fleas reported in a single nest, 5,754 fleas altogether. 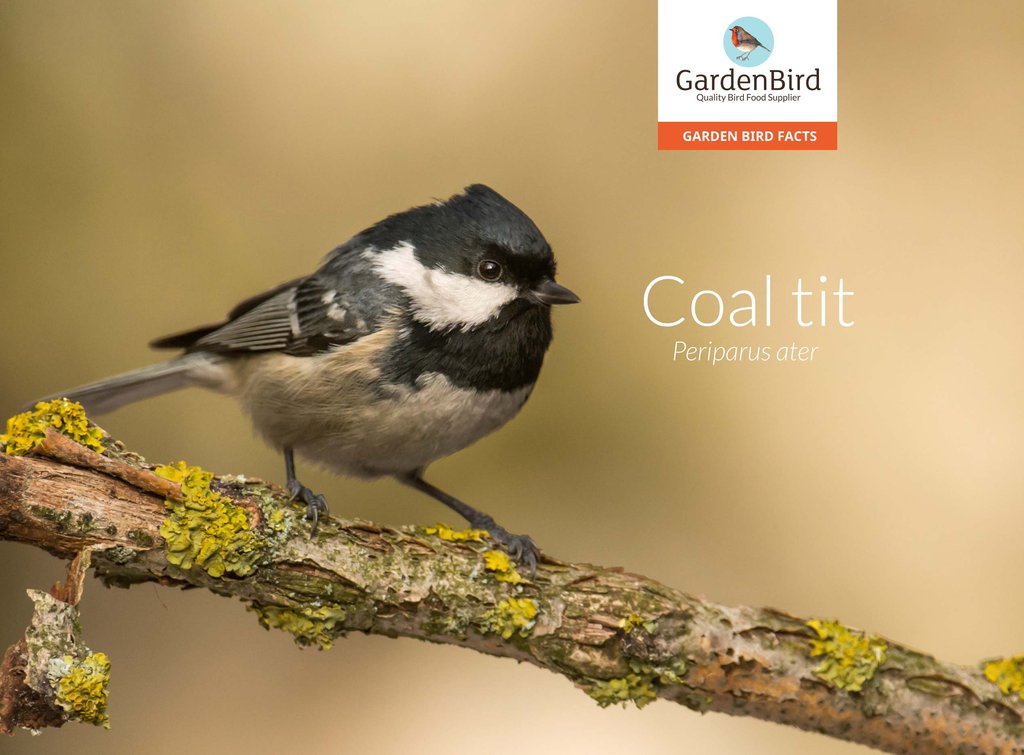 Birds really love these dried mealworms. They have all the protein of live mealworms with less wastage, and an extra-long shelf life. Use the mealworms alone, or mix with your favourite seed. No special storage conditions required.

High quality, recent crop and aflatoxin-tested wild bird peanuts. Rich in fibre, fat and protein, they are a nutritious year-round food for a wide range of garden birds. May slightly differ in appearance but our bird peanuts are always tested according to BRC standard quality.