Save onBird Food
All about the Goldcrest

The Goldcrest is the smallest bird in the UK, just 9cm in length, and weighs approximately 5.5g, which is the equivalent of a twenty pence coin. If not for the fiery orange stripe along its head, the Goldcrest would be a somewhat mute-looking bird, with nothing more than a dull greyish-green plumage with which to advertise its appearance. How interesting it is to see that a single stripe along the crown of a bird can add so much character.

The difference between males and females is hardly noticeable, even negligible, yet the most distinctive difference is the crown of the male Goldcrest, which has a tendency to become more prominent during mating displays. The male will bow its head and raise its coloured crest in a bid to attract a female mate during the breeding season.

Goldcrests are resident in the UK all year round and can be observed meandering among pine forests (the best place to spot one), and occasionally in gardens over winter; take note, they favour spruce, fir and pine. Outside the UK, they are also famed mountain dwellers, seeking respite in mountain coniferous woodland as high as 3,000m (9,800ft). Look towards grandiose facets of nature, dizzying territory such as the Himalayas, and you’ll find the Goldcrest; venture further east across the Sea of Japan, and they’ll be there too.

Look out for them in number over autumn and winter, as their population tends to increase significantly. This inflation occurs when flocks of Goldcrests from abroad join our native stock from the eastern coasts of Scandinavia. The total recorded number of resident UK breeding pairs is 610,000 (see RSPB for further information), yet over winter this number can balloon to as much as five million birds.

Despite this huge influx of Goldcrests, there is some susceptibility over harsh winter periods; in one Finnish study, only one tenth of the entire Goldcrest population survived due to cold conditions that affected the natural supply of spiders. Similar declines can happen in the UK, although Goldcrests do have the ability to bounce back rapidly and reach normal population levels within a relatively short period of time. Goldcrests can be hard to spot due not only to their size but also the conspicuous and indistinct way in which they climb around trees; one sure way to locate a Goldcrest is to listen to its song, especially when it is part of a group. The collective, high-pitched shrill, a type of “zi-zi-zi”, which is very quiet from a single bird, can help you find them. But understand that Goldcrests usually only enter gardens over winter, unless you’re lucky.

The chart to the left, which outlines an annual pattern of garden use (BTO Garden Birdwatch survey), shows a large increase in viewings over winter, the key time of year for spotting Goldcrests in the garden.

Goldcrests are avid eaters of insects, yet also pursue other juicy morsels such as spiders and moth eggs. Their beaks have evolved to be thin and pointed, a tough and able instrument with which to pick out insects from among dense pine needles. Other favoured food includes caterpillars, bugs, flies and springtails. They will not take to food such as peanuts, sunflower hearts and bird seed mixes from feeders, preferring instead to feed from the undersides of leaves in a deciduous environment, or from the upper surfaces of branches in coniferous habitats. Interestingly, all Regulus species are insectivorous and have the curious ability to catch insects while hovering.

Goldcrests begin their breeding process in late April and produce a clutch of eggs of between nine and eleven; in fact, Goldcrests are considered to be avid nesters, beginning a second clutch before the first has fledged. This high rate of breeding is compatible with the notion of population replenishment after harsh winters. As mentioned earlier, stocks are generally brought back to good numbers even after harsh winter declines. Furthermore, breeding efforts of Goldcrests can sometimes produce up to twenty chicks in a year – a prodigious amount, and high among many of our UK bird species.

To find a Goldcrest nest, look for spruce or fir trees and a nest that is well balanced in a hammock position on the outer twigs. The nest is a neat, cup-shaped affair and made from moss, lichens, spiders’ webs and feathers. The eggs are approximately 1.4cm by 1.1cm and are smooth, non-glossy and coloured white with brown speckles.

Although Goldcrests have not featured prominently among any particular literary genre, there was one poem written by Charles Tennyson Turner, titled The Gold-Crested Wren, which goes:

When my hand closed upon thee, worn and spent
With idly dashing on the window-pane,
Or clinging to the cornice — I, that meant
At once to free thee, could not but detain;
I dropt my pen, I left the unfinish’d lay,
To give thee back to freedom; but I took —
Oh, charm of sweet occasion! — one brief look
At thy bright eyes and innocent dismay;
Then forth I sent thee on thy homeward quest,
My lesson learnt — thy beauty got by heart:
And if, at times, my sonnet-muse would rest
Short of her topmost skill, her little best,
The memory of thy delicate gold crest
Shall plead for one last touch, — the crown of Art.

Further to this, there is confusion over the fabled legend of a contest among birds to see which could fly the highest. Both Aristotle (384 – 322 BC) and Pliny (23 – 79 AD) wrote of a legend in which a contest was performed to discover who should be their king: the award would go to the bird bold enough to ascend to the highest height. The contest ensued, and initially it was obvious the eagle would win; however, a tiny bird had hidden itself in the eagle’s tail feather and emerged just as the eagle had reached its highest point, thus winning the competition.

Interestingly, much of the subsequent European folklore related to this tale relates to the Wren, which is often known as the King of the Birds. Despite this, the title King of the Birds was also associated with the Regulus species, and therefore it would be reasonable to assume that confusion emerged as to whether this legend is about the Wren or Goldcrest.

With both the Wren and the Goldcrest occupying position one and two as smallest birds in the UK, the reference to the “smallest of birds” compounds the confusion; furthermore, the interchangeability of the Greek words for wren (basileus, “king”) and crests (basiliskos, “kinglet”) do not help in clarifying the matter: perhaps this is highlighted in the term the “Gold-Crested Wren”, as in the Charles Tennyson Turner’s poem above. 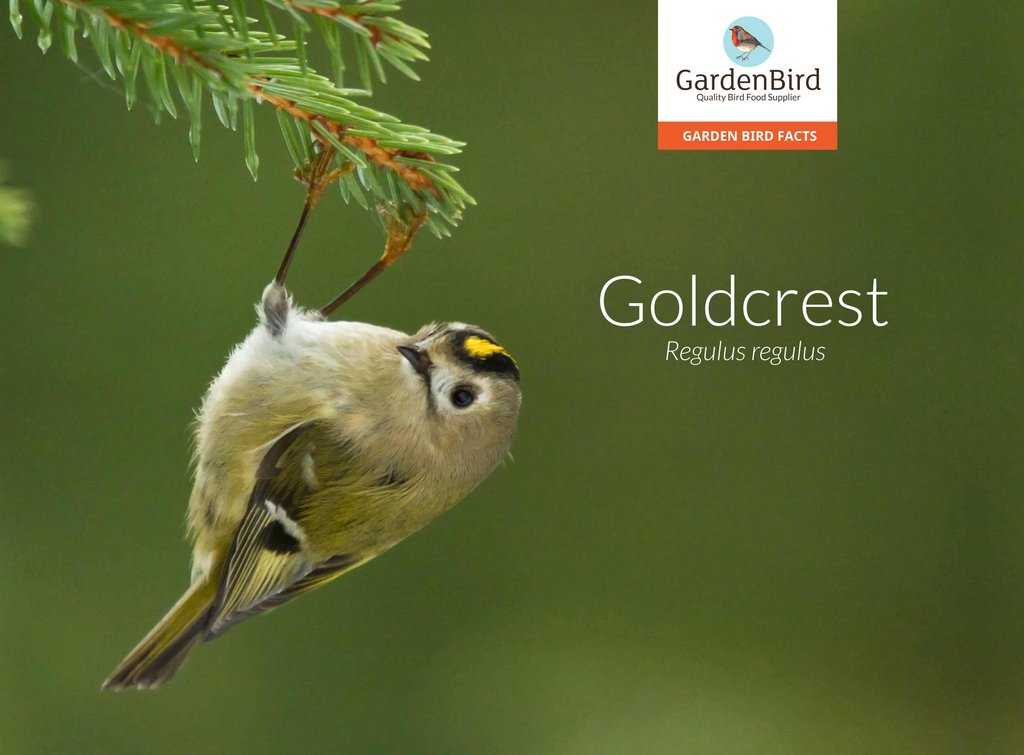