Save onBird Food
All about the House sparrow

The House sparrow is an endearing, friendly little garden bird whose almost consistent year-round presence is always welcome. However, despite its notoriety as being one of the most sociable and gregarious birds in existence, it’s an understatement to say the sparrow has had a very tough time throughout history.

Purging, culling and murdering are three of the most commonly used words associated with the House sparrow. And it doesn’t stop there. From culture to culture, the sparrow has been relegated to lechery, over-promiscuity and commonality; even the ancient Egyptian hieroglyph (G37), which uses the sparrow as a determinative ideogram, means “badness”, small and narrow. And our own literary geniuses, Shakespeare and Chaucer, had a bone to pick with House sparrows, calling them lecherous creatures.

Despite all ancient, and relatively recent, attempts to remove the House sparrow, it’s clearly a stubborn little bird, as in 2016 it was voted the most commonly observed garden bird in the UK, according to the RSPB Big Garden Birdwatch. This is at the tail-end of years of decline, which, from the peak of the 1970s, saw the population of Passer domesticus reduce by up to 71%.

You’ll be hard-pressed to find someone who doesn’t recognise the House sparrow. My earliest memory of the House sparrow is from Beatrix Potter’s first short story about Peter Rabbit: “his sobs were overheard by some friendly sparrows, who flew to him in great excitement;” the scene in which Mr McGregor chased Peter about the garden. Brown, of muted colour, and incredibly humble, House sparrows have managed to colonise the vast majority of the world. They are, without doubt, fantastic opportunists, and the fact that they eat almost anything gives them a great advantage when feeding in the garden (or elsewhere!): seeds, suet, peanuts and, of course, scraps, are some of the birds’ favourite fayre. In fact, according to a BTO Birdwatch Handbook, around 838 different types of food were found in the stomachs of House sparrows from research conducted in the 1940s.

For those few who wouldn’t be able to recognise a Sparrow, watch out for a bird with a chestnut brown back, white underparts and a grey crown. They have a tendency to congregate, hence the use of Sparrow colony nesting boxes, so look for them in groups in your garden.

The voice isn’t particularly distinct, with a continuous, relatively incessant collection of cheeps and chirps.

Can you spot the sparrow hieroglyph? It’s no lie that House sparrows are probably the most promiscuous garden birds in the UK. They live in colonies in cracks and crevices, although colony boxes can be used; and generally their nests are an untidy affair, sometimes made with a structure of rubbish such as paper, straw and string. Breeding typically begins in May, starting with the first of three clutches, each of which consists of between 3 – 5 eggs. The incubation period lasts between 11 – 14 days, after which the birds will enter their 11 – 16 day fledgling period.

Despite the recent return of sightings in gardens across the UK, House sparrows are still classified as being in decline. According to RSPB research, between 1977 and 2008 House sparrows declined by as much as 71%. While this is true for England, areas such as Scotland, Wales and Northern Ireland have, in fact, experienced noticeable increases of Passer domesticus.

What caused the decline?

The sparrow has not had an easy time. A close cousin of the House sparrow, the Eurasian tree sparrow, was subject to elimination during the “Four Pests” campaign in Communist China, starting in 1958: the other three pests included flies, mosquitoes and rats. In a strangely ironic twist, Chairman Mao once called for the sparrow to be the Chinese National Bird because of its fortitude against entrapment: the fact that the bird would rather starve to death than be held captive was considered as great symbolic importance. Furthermore, its simple plumage denoted humility, which has traditionally been seen as a virtue throughout Chinese history. Despite this, it was eventually decided that sparrows should go because they ate too much grain.

Back to our own House sparrows (Passer domesticus), you may or may not have heard of “Sparrow Pie”, known famously for its apparent aphrodisiac properties. Well, it was a common dish back in the day, enjoyed by many. Thankfully, it is not so common anymore.

Also featured in folklore, it used to be told that should a House sparrow enter one’s house, there would most certainly be an impending death. The only solution was to kill the bird to prevent the death. In a more macabre version of this tale, if a person were to catch the bird in their house and do nothing, they would surely die. 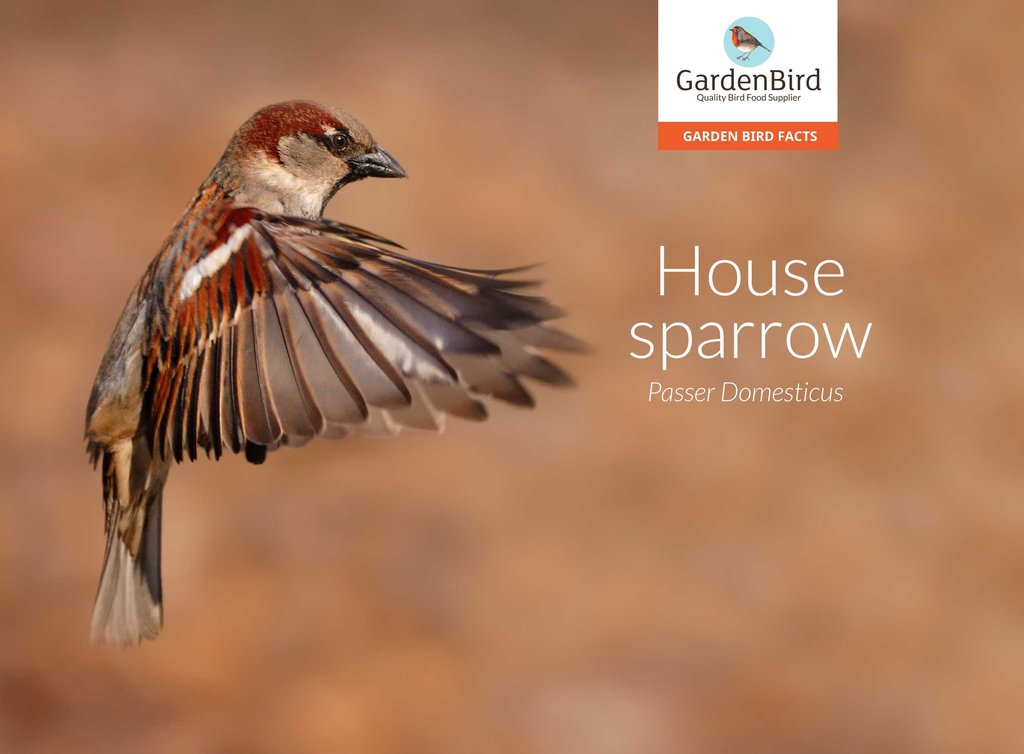 Our premium suet balls each contain over 90g of high grade beef suet, wheat, peanuts and added dried mealworms too! We guarantee your garden visitors will love this new recipe.