Save onBird Food
All about the Nuthatch

Nuthatch is derived from the Middle English “Nuthak”, which means “nut hacker”, a rather fitting name since the bird displays behaviour of stuffing and cracking nuts in the crevices of tree trunks. Its Latinate term, Sitta europaea, is related historically to the ancient Greek, “sittē”; europaea, of course, means European, separating this species from the many varieties around the world.

Where to spot a Nuthatch? Try Sherwood Forest!

Ask anyone what they believe to be the most striking feature of a Nuthatch, and in most cases they’ll answer with the black stripe around its head. This almost sinister-looking stripe wraps around the Nuthatch’s head, covering the eyes and terminating where the pinkish colour of the underbelly begins. Perhaps it would be a step too far to say that this could be the most Zorro-esque bird in existence.

But this contrasts beautifully with the subtle battle-grey plumage of the back, which helps highlight the pinkish orange-red underbelly of the bird. Its bill, a prominent and sturdy affair, has adapted as an ideal tool for stowing away insects and seeds into various cracks and crevices of tree trunks; it can then be used, in dagger-like fashion, to jab away at the stowed-away food.

There is not much difference between male and female varieties; the only real difference being that the female has slightly paler upperparts and a brown stripe around the eyes.

The Nuthatch is the secret spy of British birds. With an amazing and agile ability to scurry along the trunks of trees with its powerful claws, the Nuthatch is about as competent a climber as any bird can be. In fact, its unique movements upwards, downwards, backwards and sideways is something particular to the Nuthatch, the only British bird able to move around in this way; the classic image of a nuthatch is one in which the bird is in a right-angular position looking backwards from a tree trunk.

You’ll be hard pressed to find a Nuthatch in your garden, unless your property backs on to a woodland area or contains mature, established trees such as oak, their favoured variety.

Nuthatches are an all-year-round bird, primarily located in England and Wales, with some recent entrance into southern parts of Scotland. Their preferred breeding and living grounds are mature, deciduous and mixed woodland with a favouritism towards woodlands with old oak trees. Nuthatches tend to be incredibly territorial birds and, once established in a particular locale, are unlikely to move far away. They do often display considerable aggression against the same and/or other species in any struggle for territorial rights. The consequence of this consistent territoriality is that Nuthatches are not often observed in everyday gardens.

Since the 1970s, Nuthatches have increased in number and have begun to establish themselves in southern Scotland.

Nuthatches are big fans of insects, hazel nuts, acorns, beechmast and a variety of nuts and seeds. If you are lucky enough to observe or receive Nuthatches in your garden, consider putting out sunflower hearts, peanuts or even seed mixes, as they will likely feed on these foods. 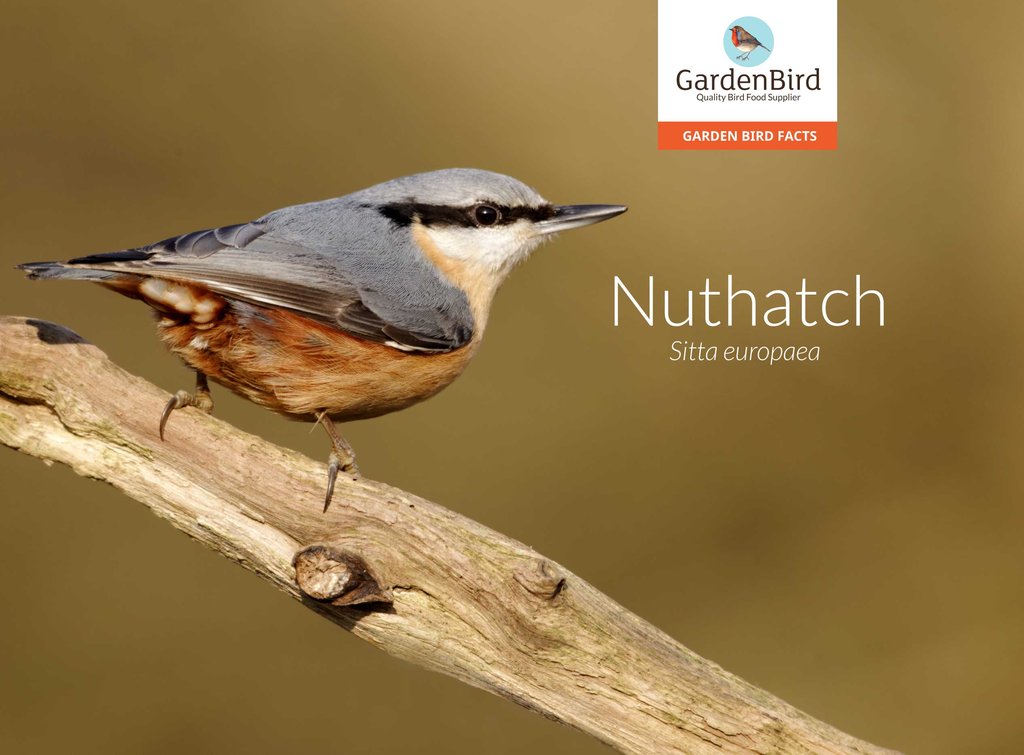