Save onBird Food
All about the Robin

The Robin, known formerly as Erithacus rubecula, is arguably the first bird anyone is likely to learn as a child in the UK. In fact, so popular is the Robin that it was voted Britain’s favourite bird in the 2015 National Bird Vote, taking no less than 34% of the vote. Think of Christmas, and you’ll probably have a Robin somewhere in mind sitting on a snow-covered branch. However, despite the Robin’s friendly façade and unassuming manner, it is in fact a fiercely territorial creature and highly effective at driving away intruders, even larger ones. It’s no secret the Robin can punch above its own weight.

A relatively plump bird, the Robin features a bright orange-red breast with brown upper parts. Both male and female are similar in appearance and are hard to distinguish apart. Some suggest that females develop a more prominent “V” shape on the forehead while males are more “U” shaped; this, however, is barely noticeable, with some saying it’s negligible.

The sole evolutionary purpose of the orange-red breast is for territorial defence, not courtship. The posturing and prominence of colour is often enough to deter intruders, otherwise the Robin could resort to more direct intervention to defend its territory. The Robin is a year-round, sedentary and resident bird, maintaining a specific area of territory, which it defends well. Over winter, native UK variants are joined by immigrants from Scandinavia, whose appearance is slightly paler, with a duller breast, than UK varieties. You’ll find Robins all over the UK, all year round. They generally occupy a breeding territory the size of 1/6 the size of a football pitch, or 0.55 ha in size. But all this is, of course, dependent upon the local environment. Given enough space, such as the Scottish pinewoods, there can be as few as 10 pairs per sq km.

The Robin has an incredibly interesting visual system, which has been extensively studied. Using a process known as “magnetoreception”, Robins are purportedly able to visualise the earth’s magnetic field, allowing them to navigate effectively. Despite this, the full details are not understood completely, and it is still an active area of current research.

One interesting fact about the Robin is its keenness to rise early and be one of the first to tune up to Dawn Chorus with its fluting, warbling sound. Interestingly, Robins vocalise differently through the year, with a much more melancholy sound over winter, which become progressively chirpier towards the breeding period in spring.

If you’re lucky enough to have Robins visit your garden frequently, be aware they love to eat worms, seeds, fruit and insects. A favourite bird food is suet balls or one of our specially formulated premium mixes such as the Ultiva® Robin & Softbill mix.

Simply hover over the image to learn more about the Robin. 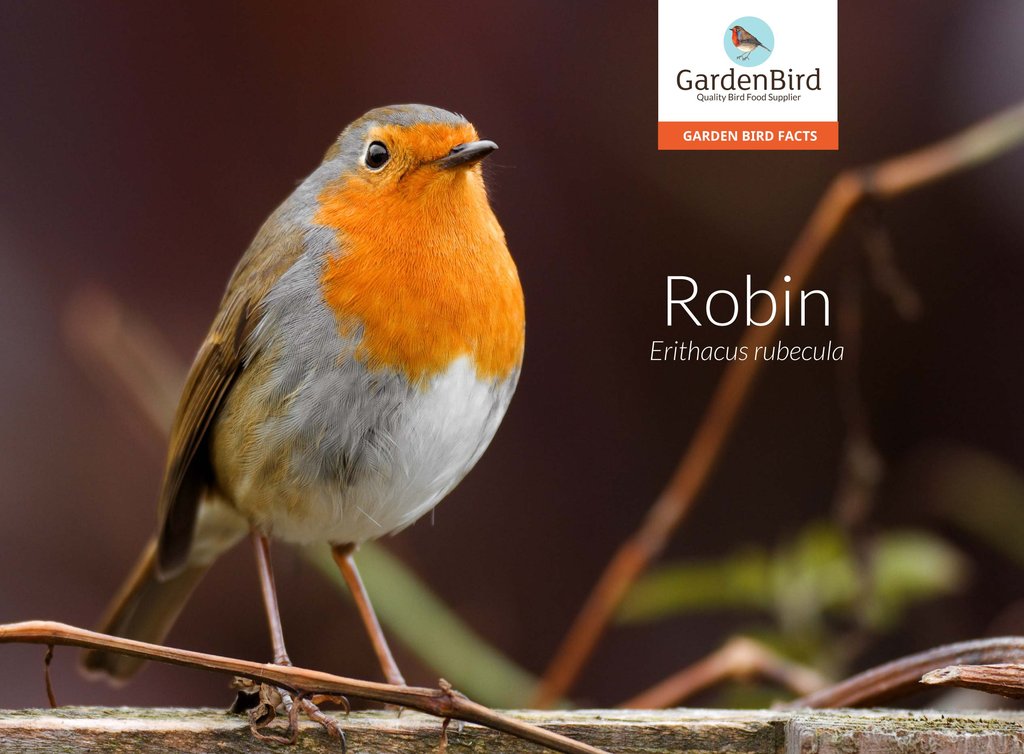