Save onBird Food
All about the Waxwing

As part of our focus on different birds across the UK, we thought it only appropriate to introduce a relatively little known but highly characteristic Northern European forest bird, the Waxwing, which appears now and then over winter in eastern areas of the United Kingdom from Scotland all the way down to East Anglia; especially now at the beginning of 2017, when reports of Waxwings have increased due to scarcity of food in their native habitats, and this UK winter is being called the “Waxwing Winter“.

This quite unusual bird is known scientifically as Bombycilla garrulus and is roughly the same size as a common European Starling, even appearing similar in flight due its triangular-shaped wings. It is part of the broader family of Waxwings (Bombycillidae) which includes the B. japonica and B. cedrorum, all of which are passerine birds.

If you’re fortunate enough to observe a waxwing, you’ll know for certain what is it. With silky smooth, pale beige-pink plumage, its most outstanding feature is a streamlined crest, which falls back behind the crown; you’ll notice the “black mask” across the eyes, red wax droplets on the wings and yellow streaks along the primaries and tips of the tails. It is also a somewhat plump bird. The Waxwing is a dizzying aeronautical specialist, being able to negotiate the air with ease, both swiftly and gracefully.

No breeding occurs in the UK; it is only ever a winter visitor. A typical brood is quite small, creating around just twenty six birds for every square mile. Despite this, Waxwings are incredibly long-lived, and European varieties and live upwards of thirteen years. When Waxwings do appear over winter, they often migrate in what is known as an “irruption”, better described as a sudden and fast invasion over October and November. The primary reason for this is because a population of Waxwings in a given year in northern Europe may be too large for the available food, which can be affected further by a failed harvest; hence, a sudden migration south to the UK.

Waxwings feed mainly on insects in the forests of northern Europe over the summer breeding period. Their main diet after migrating to the UK consists of rowan berries, hawthorn and rose.  Interestingly, since these are common features that surround many supermarkets, it’s often possible to spot a waxwing or two while out shopping for groceries in a local ASDA or Tesco. Waxwings are also avid fruit eaters, and it’s possible to entice one or two to your garden by hanging apples from any available trees. Although Waxwings are observed mainly in eastern parts of the UK, they have been known to search further inland for food. It’s therefore possible to view them over winter in inland parts of the country too.

Get close enough and you may hear its distinct high-pitched trilling vocalisation, which is more of a “sirrr, sirrr, sirrr” whistling than anything else.

Waxwings are classified as Least Concern by the IUCN (International Union for Conservation of nature) and reportedly have a global population of around three million birds. Being located in northern European forested areas, which are not touched upon by human habitation, helps greatly to sustain their current numbers. 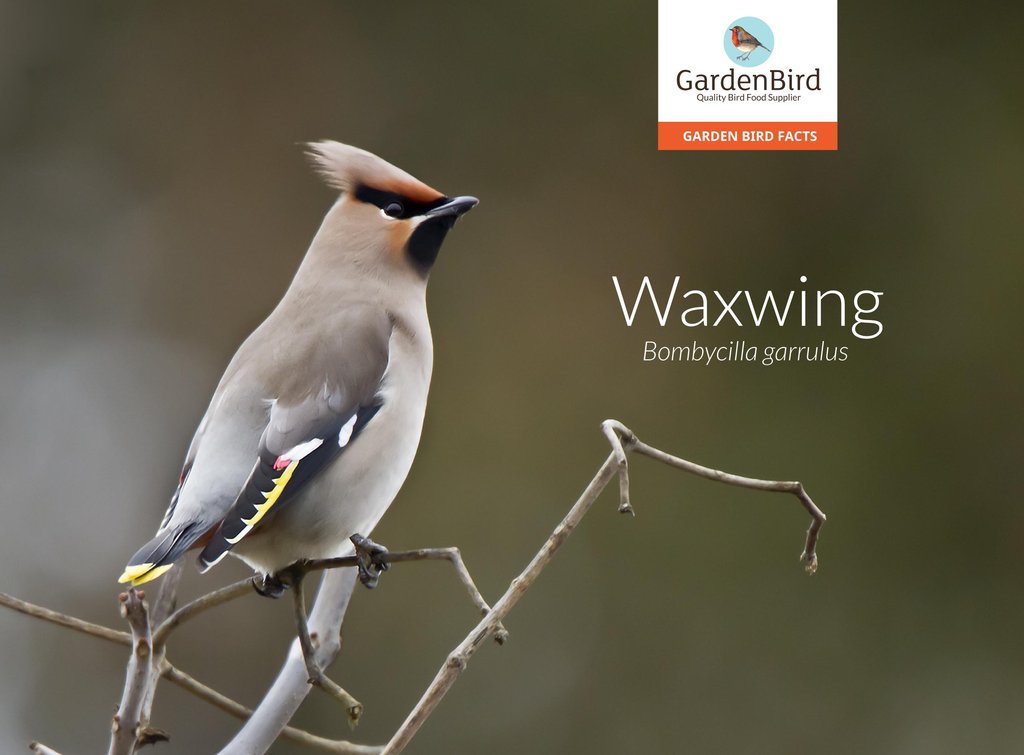