10% OFF your first order with GardenBird

Save onBird Food
All about the Great spotted woodpecker

The genus name Dendrocopus is of Greek origin and is a combination of the words dendron, meaning “tree” and kopos, meaning “striking”; Major, of course, is derived from the Latin for “greater”, although by no means does this mean better; simply larger. 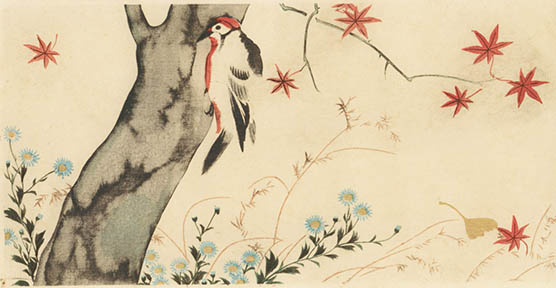 Image of a Great spotted woodpecker by Hoitsu Sakai, circa 1800. Japanese art.

The Great spotted woodpecker spends the vast majority of its time clinging to trees. Shy of nature, it will attempt to hide from prying human eyes, although there never seem to be large problems attracting Great spotted woodpeckers to feeders in the garden. Both deciduous and coniferous trees are favoured, although there is a preference for broad-leaved trees in dense woodland areas.

If you’re looking for a Great spotted woodpecker, listen out in February for its distinctive drumming sound, a technique that is used for establishing territory; other birds do this through mainly song.

With all the “head banging”, you would expect a Great spotted woodpecker to get a severe headache. Well, they don’t, and there’s a simple reason why, and it is to do with less brain fluid.

It turns out there are several complex morphological features that combine to create a shock absorber, including a flexible bone structure located between the beak and the skull. As a consequence of this research, it has been suggested that this natural design feature could be used to develop protective headgear in the future. 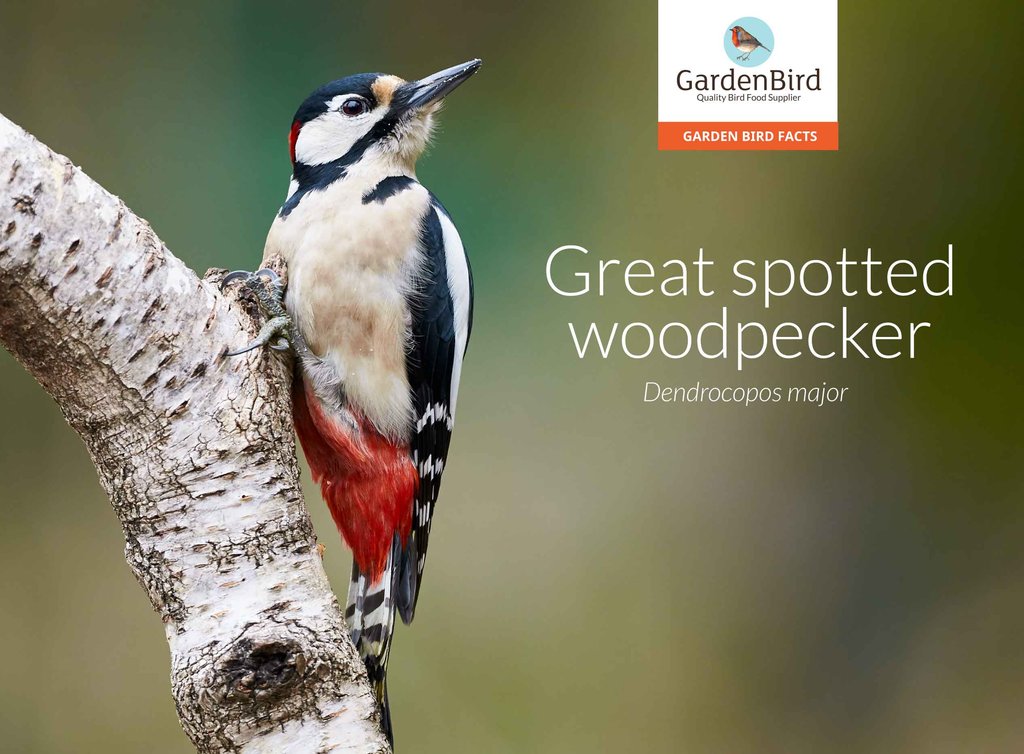 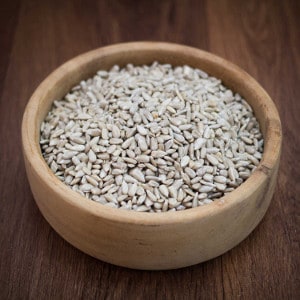 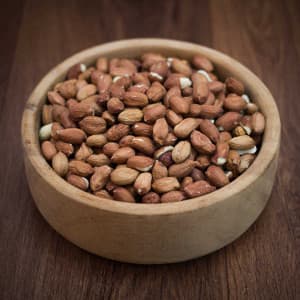 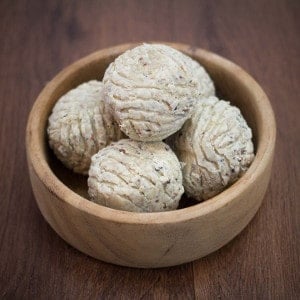 Our premium suet balls each contain over 90g of high grade beef suet, wheat, peanuts and added dried mealworms, too. We guarantee your garden visitors will love this new recipe. 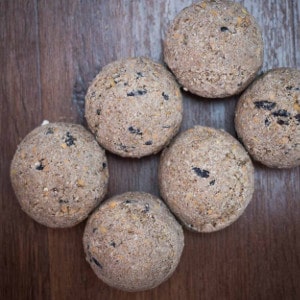