Skip to content
Why do starlings flock in murmuratons?

Why do Starlings flock in murmurations?

It’s a question that has baffled scientists since the dawn of objective observation. How is it that a giant, swirling mass of birds collectively “stick” together in a murmuration?

Well, once upon a time no one had a clue, but now some very bright mathematicians and physicists from both Italy and the USA have put on their thinking caps to come up with some very well-reasoned arguments as to how Starlings do this.

With the advance of video technology and the ability to slow down fast moving objects, minute and subtle movements that were impossible to view before are now within reach of serious scientific consideration i.e. those micro moments when Starlings turn en masse.

There was once a time when Starling took to the sky in huge numbers, although unfortunately the past thirty years has seen a magnificent decline in the numbers. Go back 50 or 100 years, and places such as Liverpool, Manchester, Leeds and Glasgow were host to murmurations of vast magnitudes.

But first let’s get down to the basics. What is the purpose of a Starling murmuration?

Starling murmurations generally come into existence when a predator is in close proximity; it’s usually a hawk or a falcon that starts off the Starlings, and as a reaction to this threat a murmuration is a handy evasive movement for defence of individuals within the larger group.

By sticking together closely, Starlings can successfully ward off these quite serious threats; in other words, a collective response to threat yields a significant survival advantage. The ancient Chinese philosopher Laozi, the original architect of Daoism, once said that “when oneness was attained by creatures and things, their lives were perpetuated.”

It all boils down to a concept known as scale-free correlation. However, what sounds like a very complex notion is actually quite simple. Imagine the movement of snow just before an avalanche, where movement cascades from a preceding trigger into an inevitable direction. This simple movement, which is correlated beyond the immediate surroundings, is scaled to a larger interconnected movement across an unquantified size. In Starling terms, the bird’s movement has more than just an influence on its immediate neighbours. It spreads far out among the flock.

One incredibly interesting fact that has emerged from recent research is that the movement of a Starling only affects the movement of the closest seven surrounding birds. The closest statistical analogy is that of magnetism, where various particles align in a single direction as the metals become magnetised. Apparently, a similar thing occurs when a starling moves.

Andrea Cavagna and colleagues at the University of Rome found that the Starling groups “respond as one”, and “cannot be divided into independent subparts”. When a single Starling changes direction or speed, the whole flock responds as if information has spread in real-time across the flock.

Simply hover over the image to learn more about the Starling. 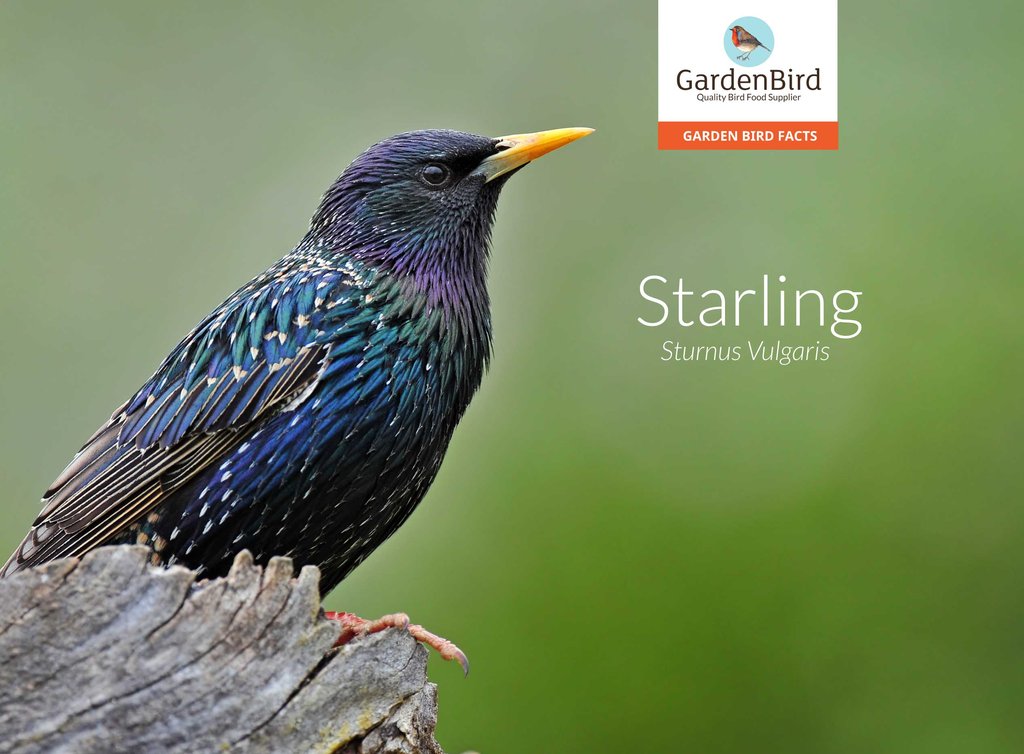